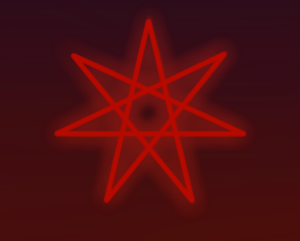 The Dystopian Nation of City-State

His mind went back to the terrorist attack. What did I just see? Something’s not right. What’s not adding up. His pocket buzzed. He grabbed the MediPalm and unlocked the screen. It was an advertisement for latest reality show “Blade’s Edge: Family Edition.” He picked up his pace, locked his MediPalm, and shoved it back in his lab coat pocket. Forget it. I have to go meet Charis.

Instead of entering the maze that led to the lab itself, he took a sharp right turn and entered the back door of the StarChild Wing – a separate set of offices specific for the StarChild Program. It was less a less technical area than the Early Detection Lab – mostly empty exam rooms. He floated past some administrative offices, nodded to a few nurses and hospital administrators, and proceeded to a separate lobby that was set aside specifically for StarChild patients.

Dark glass barriers partitioned the cold lobby into several pseudo-rooms that gave off the illusion of privacy.  The patients, all women, sat on cushioned chairs, waiting to be seen.  Most of the women were in varying stages of pregnancy. Some showed no signs, while others were ready to explode.  Other women, young girls mostly, sat in the registry line awaiting their turn to register for The StarChild Program.  But all of them patiently waited in the lobby their faced buried in their Medi-Palms, or watching the video screens mounted on the lobby walls.

It was here, or any of the several hundred StarChild clinics around CityState, that women learned the fate of their unborn children.  All children were screened, first as anonymous embrious in the Early Detection Lab, and later as the fetus developed, for defects.  If defects were found in any stage of the pregnancy the child was terminated.  Conversely, no woman could terminate a pregnancy without the approval of the government.  Quality fetuses were firecly protected.  The fetus was the property of City-State.

Jeremy’s train of though was derailed by a blaring message from one of the large video screens hovering on the walls.  Each screen offered a barrage of colorful, constant entertainment.  Most of the monitors showed what was referred to as “Glass House Media.”  Jeremy loathed the shows.  It was nothing more than live video feeds of real-life, non-scripted families who signed up to be the subjects of the shows.

Jeremy even caught his sister watching one of the shows – “The Whatleys” – which consisted of a family who was blindsided by two young producers.   The Whatleys owned a clothing shop, and they thought the television show would serve as positive publicity.  They inadvertently signed an agreement.  They had no privacy, and they were stuck with the show.  The Whatley Family lived in misery due to the show.  Every intimate detail of their life was broadcast.  Consequently, City-State residents loved watching this family suffer.  The Watleys almost lost their business twice, the youngest daughter was put to death by Somnium, and a distant cousin committed suicide.

Jeremy later learned that it had one of the highest ratings on V-Reel.

There were other shows as well.  Many of them were morally questionable, but the networks prided themselves on choices. Some even showcased young women who exploited themselves in odd situations.  Others displayed violent sports that consisted of sword duels and knife fights.  Audiences were wrought for choices, and they never grew bored.  Jeremy couldn’t put it into words, but he disliked the constant media.  Fortunately, he was able to guide his sister, Charis, towards reading and other academic pursuits.  Now, because of his influence, she rolled her eyes at the vile programming.  However, the patrons seated in the lobby sat wide-eyed, waiting for the next scene of “The Knife’s Next Victim”.

“Charis isn’t here yet,” Jeremy murmured.  He checked his MediPalm.  There were no messages.  He thumbed a quick text to Charis: Where are you?

On the train.  We’ll be there in a few minutes.

“We?” thought Jeremy.  “She must have Morgan with her.”

The light in the room changed.  Ominous music blared over the entire lobby.  All the screens immediately changed to a difference channel.  Jeremy walked into one of the pseudo-rooms adjacent to the lobby.  He was surprised to see an urgent V-Reel news cast.  A man in a shimmering orange jacket and glowing blue tie sat at a desk next to a woman in tight-fitting, green dress.

“We are sorry to interrupt your regularly scheduled programming, but we have breaking news,” said the orange-clad man.  “I’m Gary Hayes for V-Reel media.”

“For security reasons,” Hayes interjected, “we were not able to bring you this story until the National Government gave us clearance.  But now we can bring you the story in its entirety.  Stay tuned to V-Reel as we bring this unfolding story to you.”

Jeremy’s head reeled.  He had just seen this story break on the BlackNet when he was with Alaya.  But it didn’t seem real until he saw it on V-REEL.  “Insane,” he breathed.   ”

Jeremy watched the video.  It showed the burning silos, but   of the actual attack shown on Alaya’s MediPalm.  However, he saw many of the same images: the burning buildings and the fiery grain raining down from the sky.  The camera shots on the V-Reel were identical to the footage on the BlackNet.  But the video of the attackers was removed.  The men in black uniforms, the precise tactics, the strange fanatical way the leader stood and watched the carnage – all were sanitized and deleted from the V-Reel story.

“All reports indicate that this was a terrorist attack by a group of Illegals located somewhere on Layer Six,” said Hayes as he spoke to an on-scene reporter.

The on-scene reporter was Ricardo Dolan, the man who was always sent in for dangerous assignments on Layer Six and Seven.  “That’s correct,” replied Ricardo.  “Government agents on the ground suspect this was indeed a terrorist attack.  No one has yet claimed responsibility, but as you said, it doesn’t take an S-Classer to figure it out.  Definitely Illegals, Gary.”

“The government has only recently admitted that Illegals exist, if you recall, Ricardo.  Is there any correlation to that admission and this attack?”

“Well, again, Gary, it doesn’t take a genius to figure that out either.  The recent admission that Illegals exist isn’t a coincidence.  But I was able to confirm with the National Police Force that the government’s revelation regarding Illegals was specifically because they were getting information about threats of potential attacks.”

“Very interesting, Ricardo.  Is there any significance to the story a few months ago where an Illegal family entered a residential building on Layer Six with a bomb and destroyed it?  Is there some kind of connection?”

“The agents I spoke to today believe so, Gary.  If you recall, the government had started a new rebuilding project in the slums of Layer Six.  They needed some surveillance drones in the area.  The family in question apparently argued on BlackNet that the drones were armed, but the government report we got clearly said they were not.”

“Exactly, Ricardo.  Now has the government stated that all Illegals are located on Layer Six?  If so, how did they get to Layer Seven?”

“Actually, Gary, the government says that there is a possibility that Illegals are living on Layer Seven as well as Layer Six.   Government officials have provided   as to whether a person might be an Illegal.  The report says a potential Illegal is defined as an individual who refuses to participate in society.  That can mean anything from refusing to identify as S-Classer, or it can be an individual who does not register for StarChild, even an individual who terminates his or her employment.

“Obviously, Ricardo, these are just risk factors, doing any of those things doesn’t automatically deem one as an Illegal, right?”

“That’s correct, Gary.  And most of the time, it won’t be an Illegal, but the government doesn’t want to take any chances at this point.  Basically, if you see something suspicious, you need to report it.

Jeremy finally snapped out of his media-hungry trance.  “Charis,” he thought.  “She’s almost here.”  He shook his head roughly, trying to pry the cobwebs that somehow managed to encamp themselves in his brain after only a few minutes of watching the news.

He took a few steps back from the glass-encased pseudo-room.  Jeremy turned to leave, but he managed a fleeting glance at the women in the room: they were all glued to the video screen, gobbling up the news.  “The media – the news – How do they do that?” he wondered .